Social Entrepreneurs rely on service providers to help them with operations, however these companies might be doing you more harm than good, as I recently discovered. My inexpensive web hosting plan with Profit Bricks suddenly turned into a small fortune when I was billed for exorbitant charges.

On June 22, 2015 I got a call from Profit Bricks warning me that the server had been hacked and I had consumed 10 Terabytes of bandwidth. Not being a technical person, I immediately went to the Profit Bricks dashboard and the current bill showed $150 dollars. I thought to myself “not that bad.” I am just going to turn it off and call the tech contractors to fix the issue, then I turned the servers off from the dashboard.  I kept checking the cost for two days and it did not increase dramatically.  A day later, I received another call from Profit Bricks telling me that the server was still using Terabytes of bandwidth. I explained to them that I had turned it off the day before from the dashboard, to which he replied that the server was still on and consuming bandwidth, at that point I asked him to turn it off from his end. The server was finally turned off from their side. 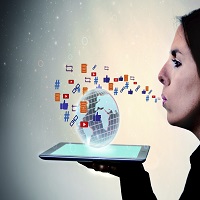